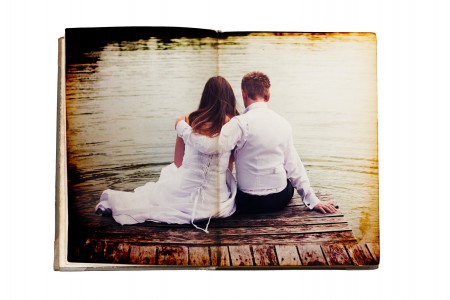 The little girl dreams of being a princess when she grows up. Just like in her favourite stories, a handsome prince will come, sweep her off her feet and ride off with her into the sunset to live happily ever after.

Then she grows up.
She realises that the path to true love is not so straight forward.

‘Some day my prince will come,’ she says to her best friend.
He laughs, ‘don’t worry, I’ll marry you if no one else will.’
The would-be princess punches him on the arm and says, ‘that’s not the way it is supposed to be.’
But the modern day, would-be princess does not give up hope. Her prince is out there somewhere, but she must take matters into her own hands.

First, in her search for true loves’ kiss, she goes to the Palace (it’s the local wine bar, but she’s optimistic). Whilst she’s there she kisses a few frogs, but sadly they do not turn out to be her prince, just a bunch of slimy toads.
The modern day would-be princess thinks that there must be another way.

One day, whilst the would-be princess is dreaming of her handsome prince, she receives an invitation to the ball (it’s a party really). She is excited. This could be her big chance. She chooses her ball gown carefully, without the help of a fairy godmother, and on the night of the party she is feeling confident.

She enters the glittering ballroom excitedly….but she can’t really tell if he’s there or not. A few glasses of wine later, though and there he is. Does he find her or does she find him? Could it be fate that has brought them together, or the excess alcohol? Who knows? But as they kiss, there is music and fireworks (well, it is a New Year’s Eve party at midnight). The would-be princess is ecstatic. She thinks she has found ‘the one’. She looks over towards her best friend. There’s a look in his eyes that she hasn’t seen before and a strange feeling comes over her. She brushes it aside as she leaves with her prince.

First she buys bridal magazines and leaves them on the coffee table. Then she loiters outside jewellery shops when they go into town. She even starts writing their names as ‘Mr and Mrs Charming’.
After some time the prince finally takes the hint and he asks our would-be princess to marry him. This is her dream come true.

But all is not as it seems.

The would-be princess complains to her best friend that her future prince has not swept her off her feet in the way she was hoping. She felt sure he would have gone down on one knee and proclaimed that he couldn’t live without her.
‘We’re very different,’ she says. ‘But they say that opposites attract don’t they?’
‘Are you sure that you’re doing the right thing?’ her best friend says. ‘Your real prince charming could be closer than you think.’
The would-be princess is cross, ‘he is my prince charming, he just needs a gentle push in the right direction,’ she exclaims.

But as the big day draws closer, the prince starts to change.
The would-be princess thinks that perhaps he is not a real prince after all.
She was right. One week before the wedding, she finds him in bed with her ugly step sister.
Really he is a rat.

The would-be princess cries into the arms of her best friend. Something about this feels right. Suddenly it’s like a bolt of lightning has struck her. She looks into his eyes and she realises that her real prince charming has been there all along, but she was too busy looking elsewhere to realise it. Her best friend is the man she truly loves and she had never loved the prince/rat.

So, the would-be princess didn’t get to have the fairytale wedding that she always dreamed of (not yet anyway). But she found her ‘happily ever after’ with a real prince, her best friend and soul mate for life.
And that, after all, is what modern-day dreams are made of.