This is the second book on my summer reading list and one that fellow blogger Maddy, from Writing Bubble also read as part of an on-line book club. 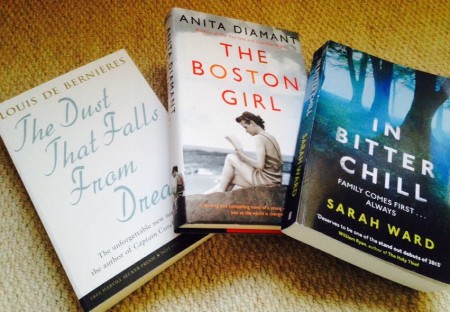 In Bitter Chill is a classic mystery story, centered around the abduction of two girls in a quiet Derbyshire town in 1978. One of those girls, Rachel Jones, survived but the other, Sophie, was never found. On the anniversary of her daughter’s disappearance, Sophie’s mum is found dead, presumed to have committed suicide and this sets off a series of events that lead to the current police detective team delving in to the past to uncover the truth about what happened that day.

Rachel cannot remember anything about the abduction, but as memories begin to stir, she realises that it’s time to find out for herself why she and Sophie were taken, so that she can finally move on with her life. As a genealogist, Rachel is used to digging around the archives to find out about other people’s pasts. She thinks she knows all about her own, but discovers that all is not as she thought. Some secrets that have been long buried are about to be uncovered and they will change everything.

I enjoyed this story, as it was easy to read and kept me guessing right until the end. There were occasions when I thought that perhaps it would have been time to wrap it all up, but it didn’t stop me from continuing. The characters are interesting. Rachel struggles with the events of her past and this has inevtibaly affected the person she’s become. Keeping to herself, never settling down, she’s spent her life researching people’s family histories to help them learn about who they are and where they came from: something that she’s obviously been struggling with all her life.

The detective team feature heavily in the story. Connie is a young detective constable, very driven and determined and devoted to her work. She works alongside an equally driven detective, Detective Sergeant Palmer and the two competing against each other, makes for an effective force. Palmer doesn’t seem to be the character he’s said to be though. With his wedding drawing nearer, he is out of sorts and there seems to be a lot made of this. I thought for a while that it might have some significant impact on the plot, but I think that instead, his distraction is a way of leaving Connie and her boss to piece together the clues and solve the mystery without him.

The boss, DCI Sadler, is a character that could probably feature in his own story. Good looking, middle aged and single, he has his pick of the woman but doesn’t seem interested in settling down. He has a roving eye and I wasn’t sure if he was attracted to Connie at one point. I couldn’t quite work out their relationship with each other. In any case, as far as his work goes, he is thorough and committed.

The outcome of this mystery was interesting and raises some discussion topics in terms of how Rachel would feel knowing where she came from. It’s not something that I can imagine would be easy to overcome and move on from, but perhaps just knowing at all would be enough for her.

I would recommend this book. For me it was definitely a page turner and one that I flew through pretty quickly. Not that that’s necessarily the right criteria for choosing a book, but if something is difficult and hard going, you know about it because it takes you a lot longer to read.

If you would like to join in this on-line book club, let me know and I will tell you what the next book we are reading will be. You can share your book reviews and fiction posts on my monthly Friday Fiction link on the first Friday of the month: the next one being on the 4th September. 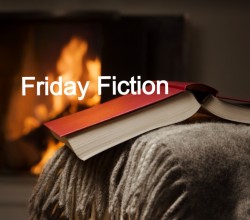