When it comes to marketing, simple ideas can often be the most successful. I’ve taken 4 examples of very different campaigns, to examine why they worked so well. What lessons can we take from these successes to use in our own marketing campaigns?

Launched in October 2013, Starbucks’ message was simple. If you know someone who deserves a Starbucks, why not send them one via a tweet? This unique idea asks that you tweet @Tweetacoffee to a friend and they will automatically be sent a link to receive a $5 Starbucks gift card.

The success of this campaign can be attributed to a combination of factors, one of which is the choice of social media. Twitter is a widely used platform,through which tweets are readily shared, enabling messages to reach a large number of followers in a small amount of time. At the time of writing, @Tweetacoffee had over 20,000 followers and this is growing by the day.

Another is the idea that enjoying a coffee is a sociable activity and one to be shared with friends. So why not ‘share’ a coffee via social media? It is a simple idea but one that has captured the imagination of the USA.

Starbucks gain so much brand exposure from this campaign. They are asking you to gift, not just a coffee, but a Starbucks and by doing this you are effectively exposing and endorsing their brand. Genius.

Last summer Coke took 150 popular british names and printed them on to their bottles in place of the coke brand. The idea was that people would not only seek out their own names but those of their friends too. Again we have the idea of sharing being used to boost a brand, but in this case Coke took a risk by debranding their own product at the same time.

In a marketing environment where brands are constantly being pushed in our faces, this idea of debranding is refreshing. But you have to take in to consideration that the Coca Cola brand is still recognisable even without the label.

In this case, Coke used Facebook as it’s marketing tool and reportedly saw an 870% increase in traffic during the campaign. 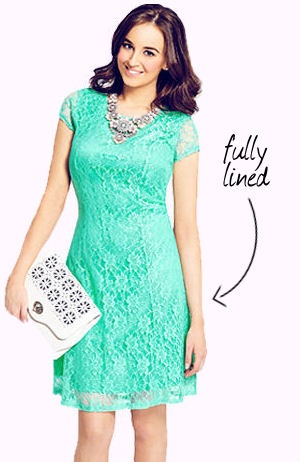 Last month Peacocks posted on its social media platforms that it was selling a dress for £1.99. The dress, which was available in two colours, lilac and mint green, normally retails at £18, but this special offer was marketed in order to attract attention to the brand, with 600 of them being on offer at this price on a first come first served basis.

Within minutes of the announcement, the peacocks website had crashed and the dress had sold out. By setting up this campaign, peacocks attracted attention of both the public and the media, highlighting their brand and driving traffic to their website and stores.

The No Makeup Selfie

Jumping on the band wagon of a popular trend proved to be a great move for a cancer research charity. The no make up selfie started life on Facebook in March, but spread to Twitter as well, where Cancer Research UK gained 15,000 followers in just 15 days. Women up and down the country posted pictures of themselves wearing no makeup, whilst donating to the charity and nominating three friends to do the same.

There are of course many more examples. However, these four particularly caught my attention. What successful campaigns have inspired you?